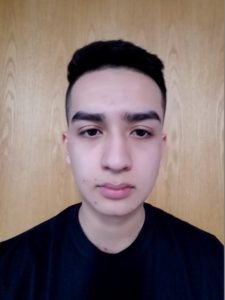 Success isn’t quantitative, it is evaluated qualitatively by setting an expectation and meeting it accordingly. This applies to all practitioners and services, where clients evaluate success through their expectations and how well they were met.

Success can extend beyond this standard and transcend into the realms of excellence and professionalism. In terms of massage therapy, excellence is denoted by who knows not only how to put a client at ease, but also knows how to listen to his clients and caters to their needs.

I hone in on these qualities in order to be successful, as well as display my dormant professionalism. As a student, I am one presumed to be lacking intuition, however, some people are born for greatness before they ever realize and others settle for their numbers, their face value, their footing.

The quality that brings them success is not the footing they have, but rather the persistence they have in their stride. Success is not biased, it is judged based on everyone’s individual strides, and those who keep moving towards progression are able to be successful.

An essential part to any business or service is the ability to self-promote. This is an key factor to being a massage therapist, being able to promote your service, differentiate it from substandard and then reflect your promotions thusly to build reputation and integrity. Thus improving clientele and making a successful hotspot for new and old clients alike.

Once self-promotion becomes reputation, the judgment of the clientele will shift from a low expectation to a higher one. This is where other factors, aside from integrity can play a role in the growth, or lack thereof, in entrepreneurship. In massage therapy, it is up to the practitioner to ease tension physically, but it is highly dependent on the atmosphere they create to aid in alleviating intangible stress.

The environment must be trustworthy, open and reassuring to the client in order to make efficient progress in the therapy. This is something that must be demonstrated thoroughly in order to maintain a good relationship with a client, ensuring they will be back soon. Also, having a keen focus on the client’s mood and linguistics helps build a stronger relationship during a massager.

Ever since my youth, I have adversely struggled with social anxiety. This was a hindrance to my life,   the fear of being judged by others, the fear of being evaluated as a failure. Success wasn’t in my lexicon until I realized that giving up, slowing down and holding myself back was a much worse fate than failing. As a child,, I would always remain silent and reserved for these fears, and although I would know what I could’ve done or said, it never mattered unless I actualized my visions.

I’ve struggled with this dilemma throughout my childhood years and this continued to persist into my high school years. That is until I had to take up the mantle of a job where I would be forced to break this self-imposed stigma. Although I would ideally imagine deriving the strength to overcome this fear personally, I was still proud to be able to speak to hundreds of people on a daily basis and get me out of that state of anxiety.

The nature of my job not only required that I destroy that anxiety, which was successful, but also for me to actively socialize, which I now excel at. As the years progressed, I have broken down a lot of walls overcoming numerous adversities day by day. Now, as of today, I’m more active in my approach, picking up my feet that once stood still and even making a network of friends and opportunities for myself.

Success to me is nothing but a gateway toward excellence and professionalism. Those who settle for mere success are low barring it, choosing to restrict themselves from their own potential. Being able to move past my handicaps was enough, but instead, I moved beyond them. Success is all about matching an expectation, but true success lies with those who can supersede the expectations placed on them.

Clients don’t settle for getting the job being finished, they admire someone who can yield a greater degree of success. For me, nothing less than exemplary would suffice my current work ethic. Rising from a place of self-doubt to self-innovation is a distance, although large, I managed to narrow through sheer effort. Even so, having no chance of paying for college it would be easier to just work after high school, but I choose the high road to further my education. Success was a prospect of mine, but now true success is my propensity.

Mario Reyes can be contacted on his Facebook profile page here.