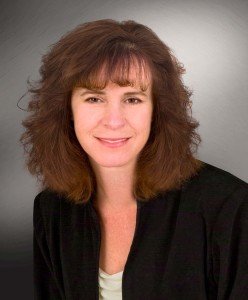 I am pursuing massage therapy as a second career. My first career has been as a real estate professional. However, the primary focus of my life has been as a caregiver to both children and adults.

It has been a circuitous journey, but one that has drawn me to the field of Massage Therapy. I want to share this journey so others may see the indirect route that brought me to this table, and understand

When I was twenty four years old, I was hit by a drunk driver on the highway. I was seriously injured. I broke my back, my hip, my leg, my foot, and my nose. I had to have my spleen removed. My intestines were torn in three places and my left lung collapsed. I had a temporary colostomy bag and a temporary tracheotomy. Last rites were administered twice, I was told. However, I did not die.

It was a long, painful odyssey toward healing, but I was young. I received physical therapy, occupational therapy, and largely recovered. Massage therapy was never mentioned back then, and I could have never afforded it anyway. I was told I was infertile, as my fallopian tubes were crushed. This was devastating, as I had always wanted to be a mother. So, eventually, with the money I received from the car accident settlement, over a ten year period I adopted six children internationally. Four children were born in Perm, Russia, and two children were born in Taipei, Taiwan.

My children were the beginning of my education about the power of touch, and its capacity to transform lives. Each child reacted uniquely to the art of incorporating physical, loving touch into their being. Each had experienced little touch in their young lives from a loving adult, although I like to think the orphanage caretakers did the best they could with what they had.

The orphanages my children lived in, particularly the Russian ones, were destitute. For instance, when I went to the orphanage to pick up my twins (13 months at the time), they were given to me naked without even a blanket, as any clothes, diapers or blankets were needed for the other children left behind. It was February and I was very glad I had brought baby snowsuits with me!! 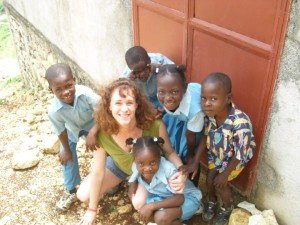 Here were some of the examples I was given by my children showing the importance of touch in our lives. My oldest child, adopted at three and one half years of age, sought physical contact from others indiscriminately, and needed to be taught how to recognize and perceive the difference between a stranger’s attention, and a parent’s loving touch.

My son, adopted from Russia at twelve months, had sensory integration issues, and an extreme sensitivity to touch and sound. Another daughter, adopted at 4 years old, was an independent little girl, rejecting most physical touch and denying any sense of needing to be affectionate.

However, she was a caring mother figure to her little brother, who was eleven months younger. They had been each other’s touchstone during their turbulent young lives, prior to being adopted together. And that same little brother was glued to my side for two years after adoption, anxious and frightened about everything, and needing the reassurance of constant touch from his new mom. Each child had a unique reaction to physical touch, and it was evident to me that human touch is powerful and life-changing, but I never thought about it as a career then, as I was busy raising my family.

Then my father had his first stroke, at the young age of 58. His left arm and leg were permanently paralyzed. He worked hard for years to try to bring back movement into his body. I would rub his shoulders, as both of them hurt, one from the stroke and one from overuse, and I saw for myself how massage would relieve his pain and stress.

He fell after that, and had “blood on the brain”, which caused more paralysis. He was in a rehabilitation center for months. When I visited I saw how the rehabilitation center worked with him in therapy, trying to bring more use back to his poor body. I also noticed that massage was not used in rehabilitation, and it seemed to me that many of the older people in the center only received physical touch during therapy.

Instinctively I would give my dad a shoulder massage, or massage his legs to create comfort. After six months, he finally went home with my mom. My brother and I took turns going to their home to help care for him, as he was wheelchair bound. His body hurt him all the time. He rallied for 13 months, and then had a second stroke. We eventually called a hospice organization, and with their assistance, he was able to die at home and not at a nursing facility.

A massage therapist working with hospice came to his home to give him a massage a week before he died. I was immensely moved by how much that massage comforted him. It made me wish that I could provide that relief to others. Among many other things, my dad taught me how important the physiological and psychological effect touch has on each of us at all stages in our lives.

I started researching the mind-body connection. I started volunteering at a yoga studio so that I could take their classes, and began practicing yoga to help deal with residual effects from the long ago car accident that I was feeling in my own body. My random thoughts and experiences about the importance of human touch began to come together. At the yoga studio, I met others similarly intrigued, involved with massage therapy.

Coincidentally, (or not) I was laid off from my position in the real estate field. After much soul searching, I registered for the Universal Spa Training Academy in Downers Grove, Illinois. The massage therapy program begins in January of 2016, and will last nine months. I am a single mother, and this is a financially daunting endeavor. With your help, I hope to get involved with hospice when my training is completed, to provide to others the healing comfort of massage.