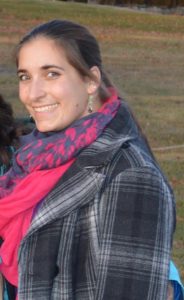 I always laugh when people ask me “What do you want to be when you grow up…” One would think at 30, while I am old to some and ‘green behind the ears’ to others, that I am ‘grown-up.’

However, I have always been encouraged to continually challenge myself and make myself into a better person. At the age of 7, my father and I were having a conversation regarding “what I wanted to be when I grew up.”

At that point: My mother was a nurse, but at that time was a ‘stay at home mom’ after to having two of the four of us (she later went back into nursing as a school nurse).

My father was an Electrical & Mechanical Engineer with some nuclear science studies who worked at the local paper mill. My grandparents were a nurse, a NASA engineer, a social worker, and a Plant Manager of a paper mill.

I had doctors, lawyers, builders, nurses, and business men/women for aunts and uncles. I had always been very comfortable around adults and my parents encouraged planning and dreaming from an early age.

So, I responded very seriously that “I was going to be a Gypsy or a Nurse… Maybe a doctor if I got bored.” My father equally seriously explained to me that while taking after Esmerelda (Hunchback of Notre Dame had recently been released) and singing, dancing, entertaining others, and playing with a goat would be a fun life; one has the duty to society to give back, and to give back often more then what you take from it.

So, at age seven I decided I would be a nurse; first since that would allow me to give back to society and second I could support myself as well as anyone under my care. Then if and/or when I got bored of that, I would look for other things to do like being a doctor or anything else that struck my fancy.

Being able to support one’s self was also high on my father’s list of desired life skills. There are a lot of other skills on his list: Do not start something you do not intend to finish, do something right the first time so you or someone else do not have to go back and finish it correctly, treat others as they want to be treated as well as how you would want to be treated.

I suppose reading this on dry black and white, my father sounds like a slave driver or militant. He was not, and is not. He is passionate, driven to support his family, wise, and a jack of all trade because he made up his mind he could. In a lot of cases he had to as well. That example was and still is the model I hold myself to.

Success, like beauty, is in the eye of the one looking. I became a nurse. I made up my mind that I would work in the Intensive Care Unit (ICU) or Emergency Room(ER/ED) because they required the most technical skill in my eyes and I would be less likely to become ‘bored.’ I did not always succeed as much as I would have liked.

In fact I was fired from my first job and told I was “not even fit to be a nursing home nurse.” At the time I was crushed. Now I am insulted for those who are called to work with those whom have raised us. There is a need for EVERY area of nursing, as well as every other job there is in the world.

Another life skill my father encouraged was it does not matter what you do, so long as you give it your all and enjoy what it is that you do. In any case, I eventually turned what I saw as an epic failure on my part into one of success by learning from that bump in the road, and helping guide the young nurses that are under my tutelage as a professional. I don’t believe in eating my young and will do what I can to prevent others from doing so.

I did eventually get the foundation I needed to go back into the area of nursing I had found I had a passion for. Along the way I met some incredibly skilled and wise people. I met some that were not, as well; as one is likely to throughout life. While getting that foundation I found that during down time for me, which was often not down time for my co-workers, I was drawn to try to relax those around me.

I cannot say when exactly I started doing it, but while waiting for a co-worker’s attention I would scratch or rub their back. Nursing can be, and often is, a very high stress environment. Frequently, as with many service jobs, we see people at their worst. At those times it is important that we do our best to decrease as many of the things that are increasing the stress as we can.

For me, that included helping my co-workers to relax when we were charting or waiting for a call back from a doctor. Touch has always been an innate need for many, particularly in times of stress. Touch shares strength, comfort, support, empathy, and healing. As I got to know my co-workers better, I also became more comfortable with touching even if I was not trying to get their attention.

Inevitably weekends were some of the more stressful times due to fewer resources, thus the times my co-workers tended to get the most back rubs. It became a joke of sorts; I would be scratching or rubbing a co-worker’s back and someone would comment that I should do this professionally. I would respond that the only program I knew of required students to come to classes every weekend for a long period of time and who was willing to cover all my weekends?

After a while, I came to the conclusion that perhaps it was not just my co-workers who would benefit. Perhaps with the staggering number of people we send on their way with pain medications, I could further make a difference and give back to society in an additional way. What if I could suggest and/or show my patients and their families’ ways to alleviate pain as I’m sending them home that would allow them to use less pain medication? What if I could decrease that pain while they are under my care to stop or slow the pain cycle in the first place?

For me to becoming a massage therapist meets both a personal and a professional need. It is the next step in challenging myself to becoming a better person, nurse, and member of society.  It has the potential to provide a way for me to further support myself and my family. It has the potential to allow me to be more flexible for my family without impacting us negatively financially as my husband and I try to expand our family.

While I am not taking it out of boredom, as I said I would do when I was younger, it is something that interests me; the many facets of how it can change the physiology of a person for the better is intriguing. Massage is a way in which for me to give to others what I cannot otherwise give them.

At this time, I already try to massage my co-workers to promote relaxation and decrease stress in a very stress filled environment. I do not do this to patients for the sole reason; I really do not know what I am doing. By taking classes, I will learn. I will learn better ways to decrease the stress of my husband, family, and co-workers. I will learn ways to potentially decrease the amount of pain medication my patients will need. I will give back to society more effectively then I can at this time.